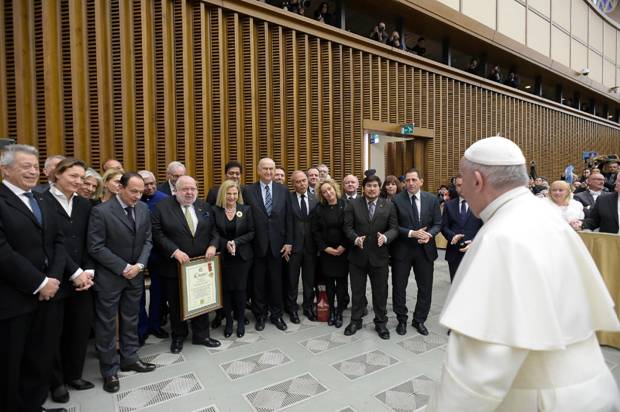 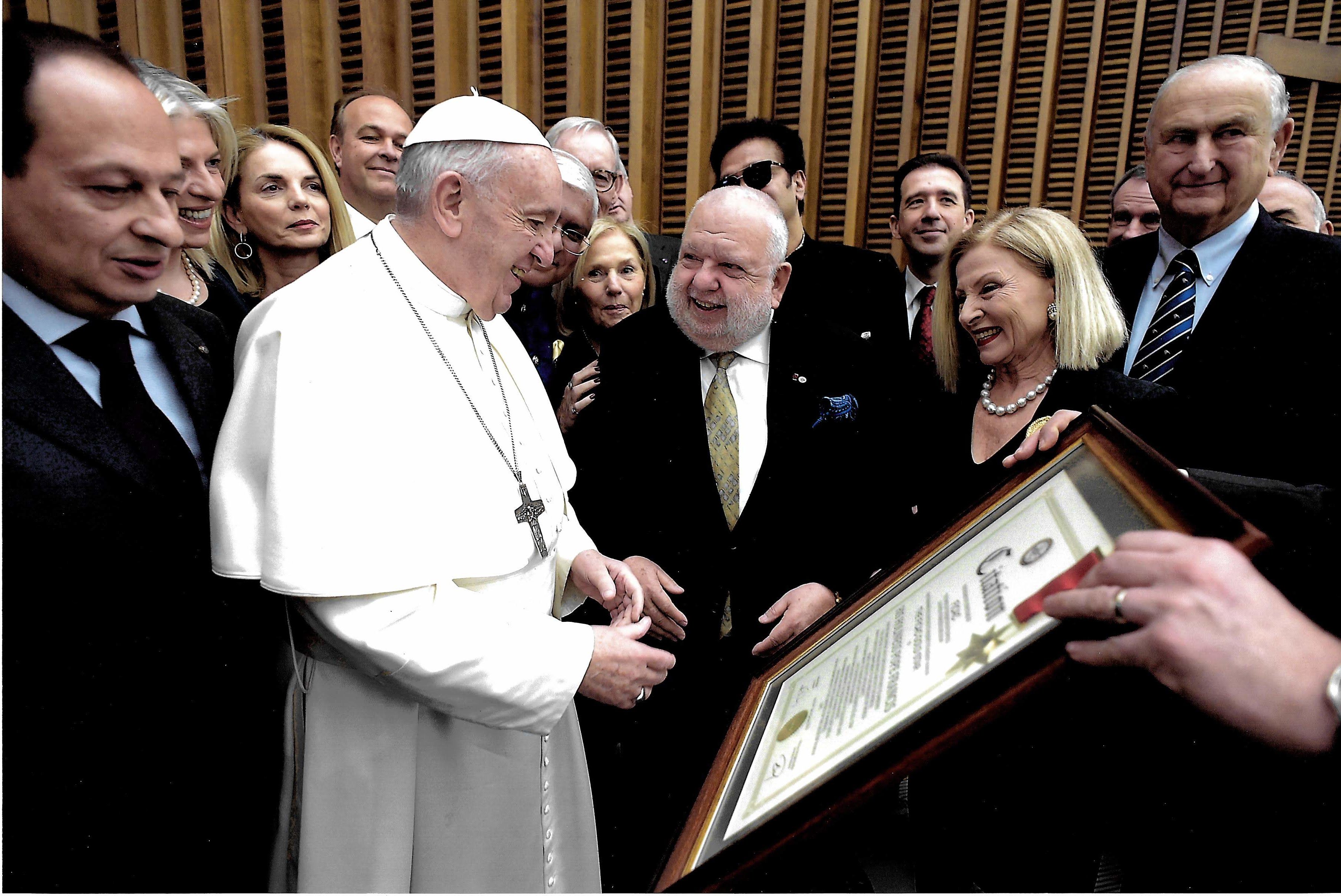 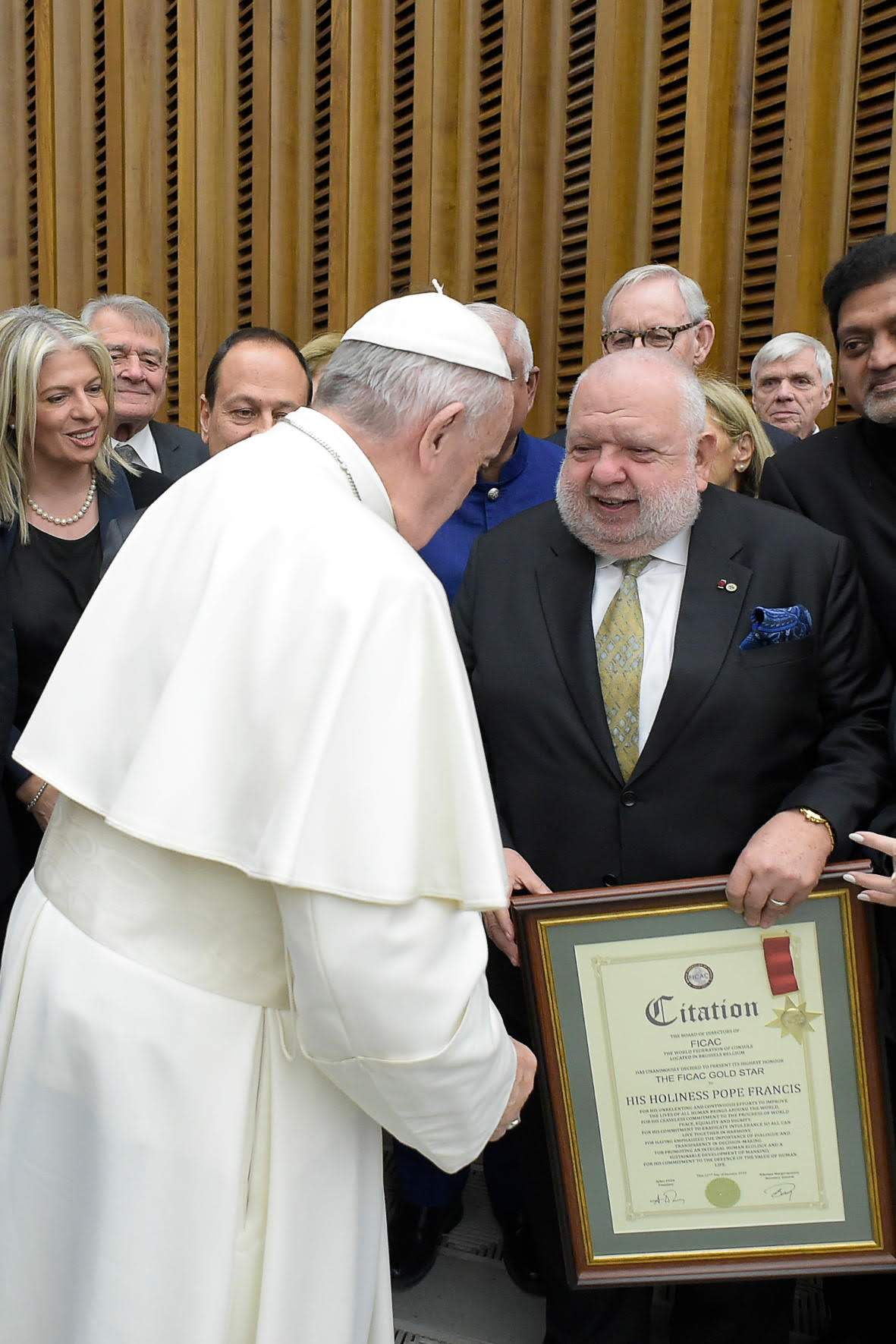 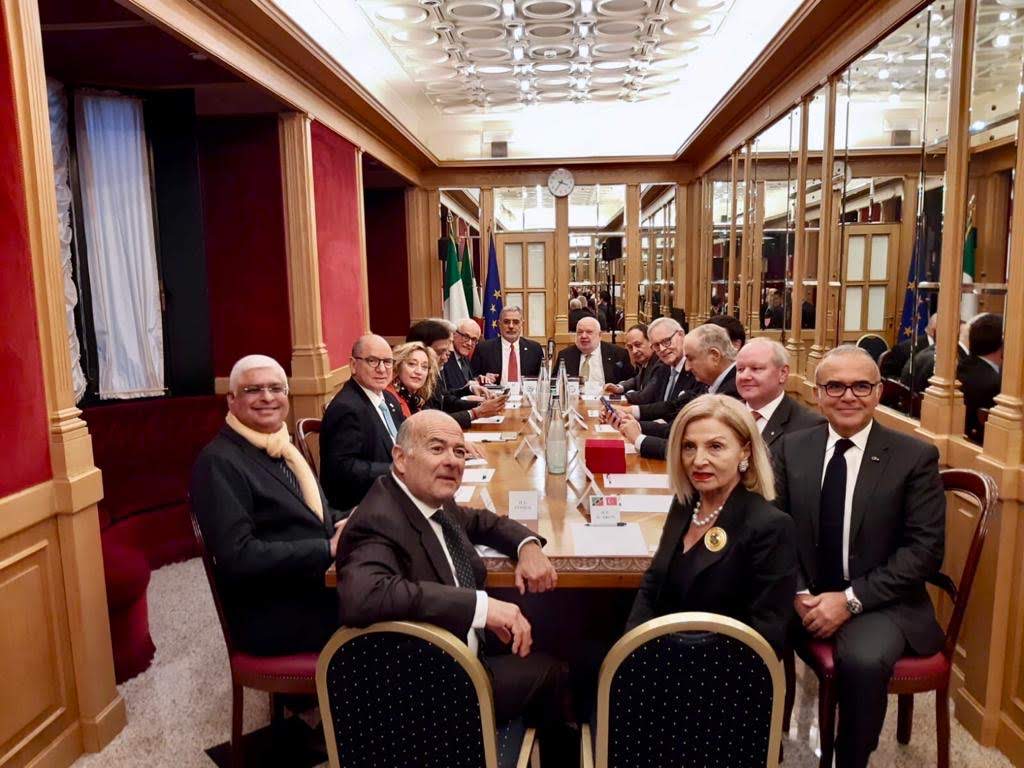 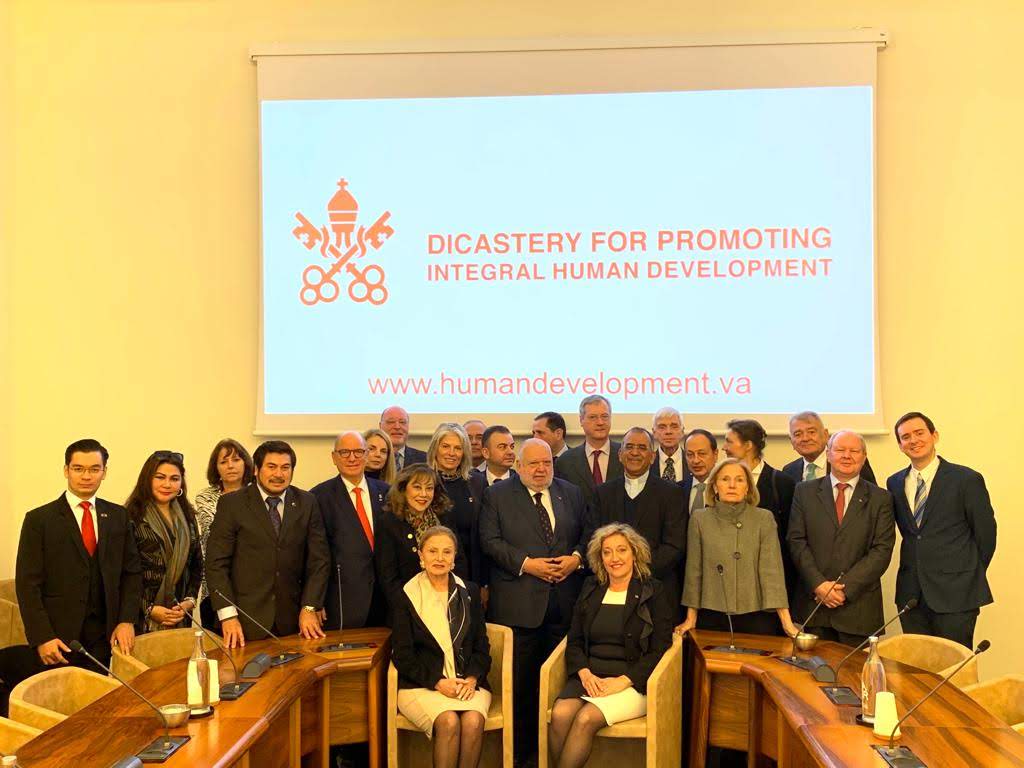 All of us, we are very thankful to His Holiness Pope Francis to have accepted to meeting us yesterday to receive the FICAC GOLD STAR as a symbol of the highest honor in recognition of the outstanding work achieved by World Leaders.

Honorary Consul is a person of goodwill, usually closer than the ambassadors towards the people of the Receiving Country.

Honorary Consul is a major Actor in the economic, but also academic and cultural fields.

Our homeland is the World, and we have to act to bring more Peace thanks to the goodwill of everyone.

As people of the World, we are organizing at least four meetings in different countries worldwide yearly. We are looking to build closed links between the Authorities and the honorary consuls. We aim to work for a better and more peaceful world by sharing our own experiences and hearing the point of view of everybody. To listen and to speak with everybody is the way to build Peace.

Our main objective is Bridging, Connecting, and Uniting the World.

At that time, with the development of International Trade and Economic Interests, prominent citizens of city-states developed friendships towards the citizen of other city-states and took some role between the countries.

Today, honorary consuls are using their network and influence to support friendships and alliances.

FICAC is supporting the 17 UN Sustainable Development Goals for 2030. Today, more than ever, life-threatening fires all over the world and garbage piles threatening nature in the oceans, water shortage, Climate Change are showing the importance of taking action for preserving our World and the most fragile people.

It’s time to emphasize the importance of dialogue, transparency, and fair decision-making for humanity. When using robotics, automation, artificial intelligence are causing the loss of many jobs and undermining the importance of human life and the family: we must do everything to put human beings back at the center of our concerns.

The happiness of the people is a prerequisite for the satisfaction of the Regions. As the honorary consuls around the World, we can contribute to building this happiness by working for the achievement of equal rights, cooperation, goodwill, friendships, serenity, love, joy, success, patience, tolerance, and mainly health and Peace.

Catholics, Muslims, Buddhists, Jewish even atheists…, all of us are humans. 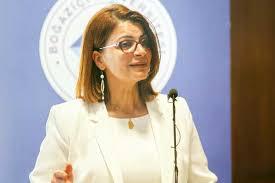